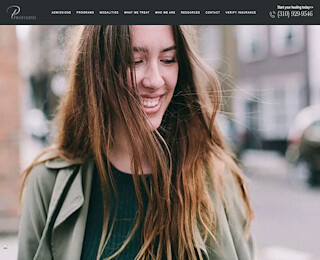 Gateway drugs are substances that, when consumed, can give way to more dangerous, harder drugs and the development of an addiction. These drugs are considered soft drugs, and they don’t guarantee dependence and are not harmful when taken in moderation but can open the door to more problematic substances. Continue reading to learn more about some of the substances considered gateway drugs as well as why it is dangerous.

What Drugs are Considered Gateway Drugs?

There are a lot of drugs categorized as gateway drugs, but here are the most commonly known drugs:

Nicotine can be found in cigarettes, e-cigarettes, and tobacco. Nicotine is a common gateway drug, and it serves as both a stimulant and sedative. Nicotine is highly addictive, and many people find it difficult to quit, leading to the use of harder drugs. According to the 2011 research, it was found that after feeding rats with nicotine-laced water for 7 consecutive days, they had an increased response to cocaine afterward.

The discussion about whether or not marijuana is a gateway drug is a controversial topic. THC is a compound in marijuana that creates a psychoactive effect. Many people take marijuana as a gateway drug because the use of other drugs may be an unintentional side effect. Recreational marijuana is now legal in most states across the country. And according to CDC, marijuana is not considered a gateway drug. However, it is still not recommended for people that are prone to addictions.

With the current opioid epidemic, the use of prescription pain pills such as Xanax is an area of concern. Not only are these medications dangerous on their own, but heroin use is also way higher in those that use pain relievers than the people who did not. Several reports also suggested that a larger percentage of heroin users started abusing prescription medications before trying heroin.

Why Are Gateway Drugs Dangerous?

Gateway drugs are considered to be dangerous because while they are less harmful, they often contribute to more harmful forms of substance abuse with more potential for addiction. As drugs, such as nicotine, marijuana, alcohol, and prescription drugs, tend to progress into a serious form of substance use, thus encouraging you to more dangerous substances with high or intense side effects.

For example, many people with heroin addictions usually start by abusing opioid medications. Ultimately, the medication is not enough to satisfy their need to get high, so they opt for a stronger and cheaper drug like heroin.